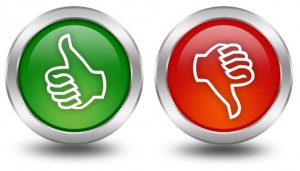 In my last blog I wrote about Jonathan Powell’s book ‘Talking to Terrorists’. This week, continuing the theme, 10 ‘Do’s and Don’ts’ on the day.

1 Agree something, even something minor, early to build confidence. Or put a proposal on the table so attractive that the other party simply cannot afford to walk away

2 Listen for nuances. For what people are, and aren’t, saying including ‘the gaps that indicate what they aren’t ruling out’

3 Ask ‘why’. To ascertain what their real position is or why symbolic issues are important to them. Especially as these tend to be more significant than substantial

4 Cut to the chase. Get to your bottom line quickly. If you are clear and consistent they will understand your signals and be more willing to settle quickly

5 Don’t play tricks. Outwitting someone rarely lasts. It just undermines your trustworthiness. Or as Henry Kissinger revealingly said ‘It is essential to cultivate the appearance of reliability in negotiations’

6 Be patient and phlegmatic. Mediation is like jazz. It is not linear. Sometimes, when things ‘look like they are surging ahead they are in fact about to collapse’. Or when they seem at their bleakest, there’s about to be a breakthrough. Focus on your ultimate goal. But be flexible on tactics

7 Know when to stop haggling. There’s often a critical point at which marginal gains aren’t worth the loss of confidence. The deal will either rapidly come together then or stagnate.

8 Beware of spoilers… They can bring negotiations crashing down. Whether they do or not depends on how you react. Stay calm. Maybe even offer a sweetener so that they feel they have won something late on. Better they sign with a smile than a grimace.

9 … or an outbreak of ‘buyers remorse’

10 Win control of the pen. If you can’t, think about counter-proposals that sound the same but work in your favour.

In a couple of weeks, tactics worth considering but that can sometimes backfire. Like ‘finding an ambiguous form of words on which everyone can agree while they wait for something to change’, a skill that Robert Cooper characterised as being essential for diplomats.

Eighteen years ago last Friday the Northern Ireland peace process was signed.  Jonathan Powell, Britain’s chief negotiator, has written ‘Talking to Terrorists’, an invaluable read for anyone interested, or caught up, in conflict.  Packed with fascinating stories about various peace processes, leaders and negotiators it contains a war chest of insightful nuggets, many of which are as relevant for commercial mediation.  This week, I concentrate on starting the process.

1 Should one sit down and talk with the other side?

‘In the end, you have to… It is a question of when and how, not whether’ and the same principle applies to commercial mediation, given that over 60% of High Court cases end up being mediated.  ‘It may not always be the right moment… but it is always right to talk, because ‘negotiating is not a question of forgiving or forgetting the past, but holding a pragmatic position about the future’

JFK said ‘It is never too early to try: and it’s never too late to talk’.  The trick is in determining how best to ‘ripen the conflict’

3 Why is a ceasefire important?

Because ‘the longer it goes on, the harder it is to go back’

4 What about setting pre-conditions to a mediation?

Beyond insisting on a ceasefire, ‘almost always a bad idea’

5 But isn’t mediation about compromising?

No, not if you mean ‘giving away your position’. Compromising is  about ‘working out what the other side’s interests are and seeing if you can meet them without sacrificing your own’.  Powell talks about Mandela’s ‘willingness to make concessions, but not about what was important to him.  With respect to his key principles, he was unmovable’ and would deflect unwelcome proposals with the words ‘But something else could be considered’

6 Why is sitting face to face important?

Because otherwise you can’t be certain how far the parties really agree.  ‘You need to meet to see their body language… The debates may be more emotional as a result, but they can have a cathartic effect that makes a lasting agreement possible.

‘The very act of negotiating can build trust’.  This can be particularly important where there is also a relationship involved.    Finally, my favourite quotation, which captures the essence of what mediation is about:-

‘The good news is there is light at the end of tunnel. The bad news? There is no tunnel.’

That’s the challenge. Constructing the tunnel.