I get told this a lot in mediations. By both parties, sometimes.

Isn’t it strange though how we can be so adept at spotting the limitations of someone else’s argument, but myopic about our own position. We think of ourselves as rational animals – especially us lawyers – yet when it comes to changing our mind, we are constrained. Why is that?

1 Confirmation bias. Firstly, we give greater credence to evidence that confirms our hypotheses than we do to something that disputes it. That’s because, according to neuroscientists, when someone confirms what we already believe, we get a dopamine rush, like we do when we eat chocolate or fall in love. And when you write something down, it apparently makes it even harder to change your mind.

According to Channel 4 News’ undercover investigation, Cambridge Analytica claimed that its campaign won the US presidency for Donald Trump. Explaining the secret of its success (and its creative ‘Defeat Crooked Hillary’ campaign), CA’s managing director, Mark Turnbull said:

‘It’s no good fighting an election campaign on the facts because actually it’s all about emotion. The big mistake that political parties make is that they attempt to win the argument rather than locating the emotional centre of the issue, or the concern, and speaking directly to that’.

2 Cognitive dissonance. If someone challenges what we believe, our instinct is to look for ways of neutering that challenge. The greater the discrepancy, i.e. the more it threatens our beliefs, the harder we find it to acknowledge that we may be wrong. And the more we seek to prove our confirmation bias *. Similarly, and I will revisit this in a future blog, when we do something wrong and are confronted about this with evidence, instead of changing our point of view, we tend to justify it even more tenaciously.

And they say litigation is polarising!

Do you agree? Or is that because you already knew this?

* One way to unlock this intransigence, is to get the person to rethink their assumptions and look at the situation differently, for instance, by asking them something like, ‘Have you ever seen a situation where the opposite was true?’. This blog was inspired by Tim Adams’ excellent essay ‘On the one hand’ (Observer: 25.02.18). In it, he explains why people find it so hard to change their mind on big issues like gun control. 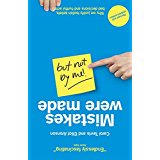